This lecture will compare and analyze how both Japanese and Koreans use visual Internet material to argue their separate versions of Japan’s thirty-five year period of colonial subjugation of Korea. It will focus primarily on two English-language YouTube presentations, one where Japanese develop justification for its annexation and administration of the peninsula, and the other where Koreans argue the illegitimacy of this action. Whereas the Japanese presentation tries to demonstrate a helpless Korean in need of foreign power (Japanese) assistance in order to develop, the Korean presentation insists that Japan’s decision to invade Korea was calculated, an action long planned by these aggressive invaders.

While the former strives to refute claims of Korean victimization (such as “comfort women”), the latter highlights these claims as evidence of Japanese criminal behavior. Both sides build their cases from kernels of facts that they manipulate to fit a grander narrative as absolute, but incomplete, truth. The lecture focuses on discussing techniques employed by the presentation and analyzing the claims that Japanese and Korean make through combining truth, exaggeration, and falsehood to argue their side of this controversial history.

With this in mind, it aims to accomplish the following goals:
1) to acquaint participants with issues that Koreans and Japanese include in their collective memories of this history, and how differences in their understandings impede their resolution of colonial-related issues;
2) to elicit participant understanding on how these issues affect not only contemporary Korean-Japanese relations, but those of the Northeast Asian region, as well;
3) to encourage participants to consider this dispute within a grander picture through comparison with the legacies of other colonizer-colonized relations;
and 4) to consider how the Internet can be exploited for partisan agendas, and the importance of critiquing the “facts” they employ before accepting their validity.

Mark E. CAPRIO is professor in the College of Intercultural Communication at Rikkyo University in Tokyo, Japan. He is the author of Japanese Assimilation Policies in Colonial Korea, 1910—1945. Focusing on Korea’s twentieth century, his research topics, on which he published widely, have included a wide variety of colonial-era topics, as well as Koreans in Japan, Korea’s post-liberation history, and contemporary North Korean issues such as its nuclear weapons history. He currently is researching Korea’s quest for postcolonial liberation and sovereignty in the wartime and post-liberation periods. 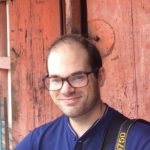 Next post
A Child Who Climbed the Snow Flower Mountain: Past Issues and Transitional Justice in Korea
Funded by: