This lecture will provide students with a methodological and systematic framework for evaluating and analyzing disputes over historical memory. Introducing theoretical concepts such as Cultural and communicative memory (Aleida/Jan Assmann), commemorative culture (Astrid Erll) and Cultural Trauma (Jeffrey Alexander), we will approach South Korean mnemonic disputes as struggles over hegemonic Cultural memory, manifesting themselves in attempts to change certain aspects of commemorative culture.
In a Korean context, this lecture will focus on the rise of the so-called New Right movement. Against the background of historical fact-finding, reconciliation, and a conservative fall from political power since the 1990s, in 2004, the New Right movement emerged. Politically aiming to provide a vision for a disillusioned Korean conservativism, the New Right also demonstrated a strong discontent at dominant historical narratives in South Korean society.

New Right scholars proclaimed South Korean historical memory to have fallen into a “masochistic”, “leftist” condition. Aiming to revise high school textbooks, memorial days and historical perceptions in South Korean society, the appearance of the New Right led to the intensification of mnemonic disputes over South Korean modern and contemporary history, leading some South Korean scholars so far as to call these disputes “history wars”.

As a case study, the lecture will center on the dispute on how to narrate and commemorate the 1948 division of the Korean peninsula into two states. The New Right aimed to shift the focus of the dominant narrative away from “division” as a catastrophic event to the ROK “foundation” (kŏn’guk) as the fundament for economic success. This dispute manifested itself in the 2008 Foundation Day Dispute, and in three recently built museums of contemporary history, all of which exhibit a very different functional memory.

Patrick VIERTHALER holds a BAs in Korean studies and Japanese studies from the University of Vienna and an MA in contemporary history from the University of Kyoto and is currently preparing his PhD thesis for submission at the University of Kyoto. His current and previous research interests include East Asian history and memory of the early Cold War; Japanese and Korean memory disputes in a global, post-colonial/Cold War context, informal Austrian-Korean relations. He has published, among others, in the Vienna Journal of East Asian Studies and Twentieth Century Studies. 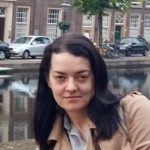 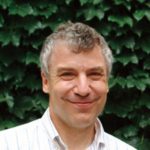 Next post
Challenging Korean and Japanese Historical Memories of Their Colonial Narratives as Presented in YouTube
Funded by: