Based on the story of baby boomers’ sacrifices for their families and children, the box- office tear-jerking hit film, Ode to My Father (2014), aroused nostalgia for President Park’s authoritarian era and many forgotten stories of overcoming poverty, along with families’ collective efforts of discipline, thrift, and diligence. Such longing not only glorifies baby boomer generation’s dedication to the nation’s rapid national economic growth but also stirs the nostalgia for who they were and the way they maintained strict work ethics and economic prudence. Baby boomers were familiar with praising the nation’s success but not with boasting about their personal wealth. At this time, revealing your affluence was considered unvirtuous or vulgar, so many kept it secret.

The late 1990s’ financial crisis and socioeconomic changes were brought about by neoliberalism, and individuals adapted to challenging situations, such as the collapse of lifetime employment and revisions to the welfare system. As social media content about money and economics increases today, many Koreans are learning about various strategies for healthy consumption, investment, and saving with the purpose of strengthening their financial stability and ability to prepare for an uncertain future. Their perspectives on status, class, and values are also transforming, along with their view of money.

Although this new generation appreciates materialistic stability, they are reluctant to follow their parents’ paths of unconditional sacrifices for families, higher status, and success. Instead, they endeavor to fulfill each goal in life and are not afraid to openly talk about money. To them, money is one of many other choices in life. Knowing this, how can we understand the different attitudes toward poverty and excess? Between the nostalgia of the old and the disgust of young, what does the South Korean Cold War era tell us about the way people perceived abundance and dealt with money? Did mothers and fathers each need a pijagŭm (secret fund) because they did not trust each other?

Unfortunately, the reality was not simple. Collective goals of “let’s be better off” that implied an egalitarian dream of affluence did not happen in real life. State propaganda, public campaigns, and rhetorical languages were aimed at educating the public about how to abstain from squandering resources and instead practice financial prudence in everyday life. However, authoritarian regimes created pijagŭm through collusion with businesses and instead pressured workers to accept low wages. That same word, pijagŭm, within individual families was not the illegitimate accumulation of wealth.

Struggling to make ends meet, wives worked hard to turn p’undon (a small amount of money) into mokton (a large amount of money) through diverse economic practices, such as installment purchases, microfinances, and sideline businesses. Conversely, husbands hid secret funds inside socks or books for spending on drinking. The domestic sphere was where conflicts and compromises over money took place every day. Women navigated the structures of patriarchal capitalism and cultivated their own financial acumen. A pijagŭm was one of numerous financial tools that allowed individual families to direct their economic lives and practices to fulfill prosperity on their own.

Eunhee PARK is a Korea Foundation visiting professor at the Department of East Asian Cultures and Languages at Vytautas Magnus University in Kaunas, Lithuania. Her research examines Cold War era economic history and economic development at the level of the family unit and reveals the often overlooked, but vital, contributions that women made to that history. 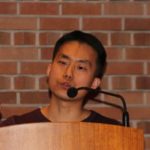 Previous post
A Child Who Climbed the Snow Flower Mountain: Past Issues and Transitional Justice in Korea 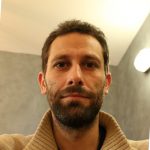 Next post
The Periodization of Korean Archaeology in the Context of Reimagining a Collective Ancient Past
Funded by: