Language is language and culture is culture. Both to be considered separately from each other. A position that has been dominant in the academic discourse of the past four decades and which originates in the healthy rejection of cultural essentialism and its roots in colonial racist and orientalist ideology, coupled with a desire to put the humanities on a scientific footing. An unfortunate byproduct of this paradigm has been, however, to prevent understanding of the systemic nature of culturally replicating patterns of thought and behaviour that straddle the boundaries of language, culture and social behaviour.

Applying the theoretical instrumentarium of semiotic and cognitive-linguistic theories, the talk approaches a phenomenon that is all too familiar to any perceptive Westerner who has lived in a Korean language environment for a sufficiently long time. Capturing this phenomenon under the term ‘Feel-Good Talk’ the paper will show that there is a highly systematic, structurally identifiable set of ‘linguemes’ and conceptual memes employed by Koreans whose main or sole function is to trigger and maintain emotional connections and alignments between members of groups and society.

On the level of everyday common sense this is, of course, a quite obvious fact. But it remains less well recognised how highly organised and embedded it is within the grammar of the Korean language. To further our understanding of this phenomenon the paper presents a range of grammatical and lexical patterns employed in ‘Feel-good Talk’ and shows how this connects to a related but distinct range of conceptual memes and tropes with titles such as YOU ARE SO SPECIAL, YOU ARE SO SKILLED, YOU ARE SO IMPORTANT FOR ME, YOU ARE ESSENTIAL TO OUR TEAM and the like. Furthermore, it will show how ‘Feel-Good Talk’ is identifiable in Korean language learning materials and can be unlocked in the classroom for the benefit of foreign language learners.

Stefan KNOOB began his engagement with Korean Studies in 1993 at the School of Oriental and African Studies (SOAS) in London. After studying Korean there and at Korea University in Seoul he graduated from SOAS with a BA Hons in Korean and Economics. Whereupon, in 1997, he began teaching Korean to both adults and university students while conducting research on the Korean language. In 2007 he received his PhD from London University for a thesis on Animacy, agency and causality in Korean voice and diathesis. After training as a Secondary School Language Teacher, he returned to academia in 2011 and went on to run the Korean language programs at the University of Heidelberg (2012–16) and at Goethe University Frankfurt (2012–15). Since 2016 he is the leading lecturer responsible for the Korean language programme at the University of Duisburg-Essen. He has also given numerous papers on Korean cognitive linguistics, translation theory and Korean language education, some of which have been published in European and Korean journals. 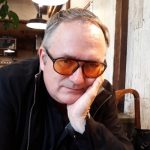 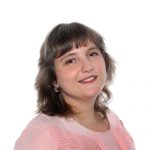 Next post
Contemporary South Korean Literature: A Key to Korean Culture
Funded by: