The nostalgia after president Park Chung Hee tends to resurge in moments felt by the Korean society as moments of collective vulnerability. After all, the two decades of rapid change his government authored have been remembered and cherished by at least two generations who can paint their own individual experience into one bigger picture, be it of economic success – or staunch resistance against the authoritarian rule.

The politicization of collective sentiments is nothing new across the world. What makes the Korean case particularly interesting is that the leader of the transformation, Park Chung Hee, is an object of nostalgia in very diverse social and political circles, not necessarily only the conservative ones. This phenomenon has been already described in the academic field as “the Park Chung Hee syndrome”. The central theme that unifies those very different views is the transition from a passive, self-doubting nation into one with a can-do spirit (hameyon doenda).

The question I would like to ask here is why and how the techniques of social mobilization which were applied in the past, under Park Chung Hee’s regime, have produced an unexpectedly unifying pattern in collective memory, and in what ways this nostalgia is politicized time and again in different spots within the sociopolitical landscape of Korea. In order to understand that “spirit of mobilization” as a thread that connect the past and the present, I present historical images that point at a common identity springing from a consistent, top-to-down mobilization techniques with their pervasiveness and longevity.

Agnieszka SMIATACZ is a lecturer in Korean history and language at the University of Wrocław, Poland. She is also a PhD candidate at Leiden University’s Korean Studies Department. She spent eleven years in the Republic of Korea, which included participation in a joint MA/PhD programme in Korean Studies at AKS, two years as an exchange student in the History Department at SNU, and participation in an Academic Korean Programme at the Inter-University Center for Korean Language Studies at SKKU. Witnessing the rise of the New Right movement in Korea, particularly in some academic circles, she decided to focus her doctoral dissertation on Korean anticommunism and social mobilization programs under Park Chung Hee government. 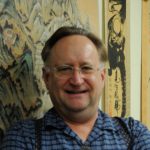 Previous post
Along the Mountain-Spine of All Korea: Trekkers, Tourists, Spirits and Sacred-Sites of the Baekdu-daegan Range Next post
1948 as Division or Foundation? The New Right Movement and South Korean Cultural Memory: A Mnemohistorical Approach
Funded by: