Governments in Northeast Asia have not been immune to the effects of what the United Nations High Commissioner for Refugees (UNHCR) recently referred to as a ‘global refugee crisis’ (UNHCR 2015). The forced migration of North Koreans in particular has captured the attention of the international media. According to the Ministry of Unification, there are over 31,000 North Koreans in South Korea (MoU 2018). But North Korean mobility is just one example of forced migration that reflects a history of colonialism, nationalism, and globalisation in one of the most dynamic regions of the world.

Over two special lectures (90 mins + 90 mins) I will draw on ethnographic case studies from North Korea, South Korea, and Japan that speak to the significance of transmigratory movements of people, capital, and ideas in contemporary East Asia. Lecture one provides students with a broad overview of the relationship between gender, labour, and mobility in contemporary Asia. After laying the theoretical groundwork the lecture will continue by drawing on cutting edge anthropological research with people living in exile to provide insight into how North Koreans migrate to South Korea and what their resettlement south of the DMZ illustrates about new forms of kinship and belonging among displaced people.

The second lecture asks what the relationship of Zainichi Koreans in Japan today to North Korea tells us about new forms of nationalism, identity, and belonging in East Asia. This lecture will draw on my research in Japan to discuss the experiences of people who migrated to North Korea from Japan in the 1960s and the family who stayed behind. In the latter half of the second lecture students will break away into smaller groups to complete a research task designed to encourage them to think about how the experiences of displaced people in East Asia reflect strained geo-political tensions between the powers of East Asia.

Markus BELL, PhD, is a lecturer in Korean Studies at the School of East Asian Studies, University of Sheffield. He is an anthropologist and his current research uses ethnographic methods to examine contemporary out-migration from North Korea. He has taught at Australian National University, Goethe University Frankfurt am Main, and the University of Sheffield. Having published in anthropological, political science, and Korean Studies journals such as The Pacific Review, Asian Anthropology, Migration Studies, The Asia Pacific Journal of Anthropology, East Asian History and Culture Review, and North Korea Review, he recently completed a monograph titled, Heaven Across the Water: Memories of Migration to and from North Korea, due for publication with Berghahn Books in 2019. 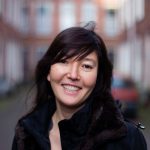 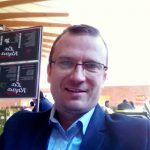