The lecture explores the social condition of folk women at the end of the Chosŏn dynasty. Implicit in the presentation is a comparison with the condition of aristocrat women. The comparison outlines themes such as the education of women, their everyday lifestyle, and their social standing within family and society. These issues will be presented in larger contexts, emphasizing the importance of Confucian orthodoxy in Chosŏn Korea, the origins and effects of patrilineal descent (following Martina Deuchler’s “Confucian Transformation of Korea” thesis), and its legal implications for women.

Students will acquire a basic understanding of the historical background and origin of some contemporary issues: laws affecting women’s lives (divorce, inheritance, family register), gender inequality in Korea, and the social construction of gender in Korea.

Codruţa Sîntionean is Assistant Professor at the Department of Asian Languages and Literatures at Babeş-Bolyai University in Cluj-Napoca, Romania. She has been in charge of the section of Korean Language and Literature since its creation in 2008. After studying in Japan and South Korea she received her PhD from the Faculty of Letters at Babeş-Bolyai University in 2008. Her academic interests include Korean heritage and Korean history. 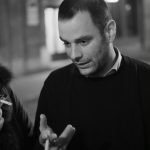 Previous post
Confucian Academies in Korea: Past and Present 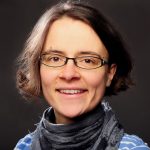 Next post
Heroization in Korean History: A case study on the construction of Crown Prince Sado
Funded by: